As you may have noticed, we here at Math Munch are all about good math videos.  Well, with Matt Parker’s math stand-up comedy YouTube channel, we feel like we’ve hit the jackpot!

Yes, you read it right – Matt is a math stand-up comedian. 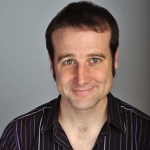 Matt does stand-up comedy routines about mathematics at schools and math conferences in the United Kingdom.  In fact, he and several other mathematicians and teachers have started an organization called Think Maths that sends funny and entertaining mathematicians to schools to get kids more excited about math.  He also does podcasts  and is writing a book!  Cool!

Here are two of my favorite videos from Matt’s channel.  The first is a problem involving a sleeping princess and a sneaky prince.  I haven’t solved the problem yet – so, if you do, don’t give away the answer!

In the second, Matt shows you how to look like you know how to solve a Rubik’s cube and impress your friends.  And it teaches you some interesting facts about Rubik’s cubes at the same time.

We’ve dug deep into the world of cool, mathy videos – but how about cool, mathy radio?  Personally, I love radio.  And I love math – so what could be better than a radio podcast about math? 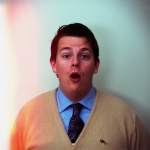 Check out this new series of podcasts about mathematics by Samuel Hansen.  It’s called Relatively Prime.  The first episode has just been released!  It’s about the fascinating (and a little scary) topic of the three mathematical tools that you’ll need to survive, in Samuel’s words, “the coming apocalypse.”  And what are these tools?  Game theory, the mathematics of risk, and geometric reasoning.  How will these mathematical ideas help you?  Well, listen to the podcast and find out!  The podcast features interviews with many mathematicians, including Edmund Harris (who we wrote about in April) and Matt Parker.

I especially like this podcast because it gives some good answers to the question, “What can mathematics be used for?”  Even though I love doing math just for fun, I sometimes wonder how math can be used in other subjects and problems I might face in my life outside of math.  If you wonder this sometimes, too, you might like listening to this podcast.

We had the opportunity to interview Samuel about mathematics and the making of Relatively Prime.  Check out the interview on the Q&A page.

Finally, talking about the apocalypse (and the uses of math) makes me think about alien encounters.  What are the chances that there’s an intelligent alien civilization out there?  There are a lot of factors that go into answering this question – such as, what are the chances that a planet will develop life?  The evaluation of these chances is largely a matter of science, as is actually contacting aliens.  But math can be used to come up with a formula that tells us how likely it is that we’ll encounter aliens, given the other chances and how they relate to each other. 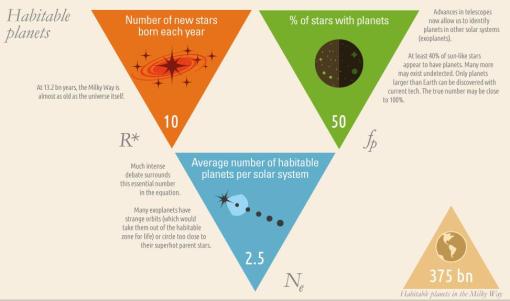 The equation that models this is called the Drake Equation.  It was developed in 1961 by a scientist named Dr. Frank Drake and has been used by scientists ever since to calculate the chances that there are intelligent aliens for us to talk to.  The equation is particularly interesting because small changes in, say, the number of stars that have planets, can drastically change the chance that we’ll encounter aliens.

Want to play with this equation?  Check out this awesome infographic about the Drake Equation from the BBC.  You can decide for yourself the chances that a planet will develop life and the number of years we’ll be sending messages to aliens or use numbers that scientists think might be accurate.

Bon appetit!  And watch out for aliens.  If my calculations are correct, there are a lot of them out there.