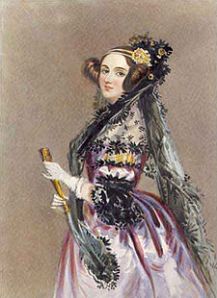 Up first, are you enjoying the technology you’re reading this on? Well you can thank Ada Lovelace for that. She’s the 19th century mathematician that worked on the first computing machines with Charles Babbage and is often called “the first computer scientist.” There’s no better day to thank her than today, since it’s Ada’s 197th birthday. Justin found a great little comic dramatizing her life and work. It’s called “2D Goggles or The Thrilling Adventures of Lovelace and Babbage.” It’s also available as a free iPad app called Lovelace & Babbage, in case you have one of those. 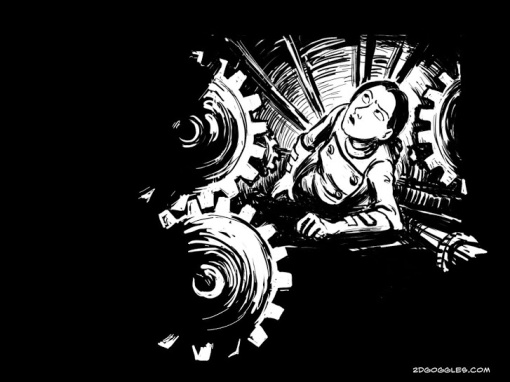 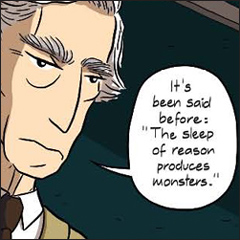 I can also recommend one other math comic. It’s a graphic novel called Logicomix: An Epic Search for Truth detailing the life and research of English logician Bertrand Russell, a personal hero of mine. You can buy it here.

Up next, I found a nice little web resource lately called A+ Click. It’s basically just a collection of math tests, but they have them for every level, and the problems are actually pretty great. Give it a try, and don’t feel like you have to stick to your grade. There’s bound to be tough ones and easier ones in every set. You can actually learn a lot by working on new kinds of problems you’ve never even heard of. You just have to figure out what the words mean, so here’s an illustrated mathematical glossary to help you out, or this maths dictionary for kids.  And here’s a sample problem I like: 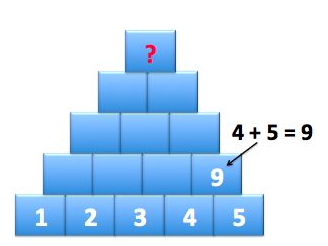 Add the adjacent numbers together and write their sum in the block above them. What is the number at the top of the pyramid?

I wonder if there was a way to predict the answer without filling in all the boxes. And what if the pyramid had 1,2,3,4,5,… all the way up to 10? Hmmmm. Any readers have any ideas? Just leave us a comment.

Finally, Plus Magazine’s website is full of really good math articles and things. For the holiday season, they’ve created a mathematical advent calendar. Each day, a new “door” can be opened which leads to further links and descriptions to neat math content. For example, on the 8th day we had Door #8: Women in Maths, including information about Ada Lovelace!

And here’s a little bonus video for you this week. For their recent music video, Lost Lander decided to illustrate the prime numbers as they build up. It’s quite nice, and not a bad song either.